Karmaka Surjaudaja (Rio Dewanto) aka Kwee Tjie Hwei, Chinese-born, moves to Indonesia at the age of 10 months. He is brought by his mother (Irina Chiu Yen Tan) to follow his father, Kwee Tjie Kui (Ferry Salim), who have lived in Bandung. His childhood passes in limitations. As a result, he graduates from the high school in the same year with his brother Tjie Ong Kwee (Dion Wiyoko). He decides to let go of his dream and let his brother enters medical school. Since then he is never out of the hard work. Being a sports teacher is his first job. He teaches in a Chinese school named Nan Hua. At the school, he meets a woman named Lim Kwei Ing (Laura Basuki), student, which makes him fall in love. But he tries to keep his distance, because he is her teacher, and Lim Kwei Ing derives from Lim Khe Tjie family, owners of large banks in Bandung. Finally in 1959 they are married. 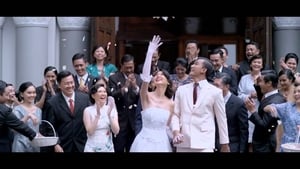