The Guys from Paradise

Set in the Phillipines, Takashi Miike’s “The Guys from Paradise” weaves together the stories of several real-life criminal cases. Young up-and-coming salaryman Kohei Hayakawa is sent to Paradise prison on false drug charges, and assumes his lawyers will clear up this misunderstanding fairly quickly. However, he soon comes to the realization that his innocence means less than how much bribe money he’s able to come up with for his release. It becomes apparent that Kohei is going to have to get to know his fellow inmates a little better, as he’s obviously in this situation for the long haul; but meeting a female inmate from a nearby jail certainly makes his transition to the criminal life a little easier to take. 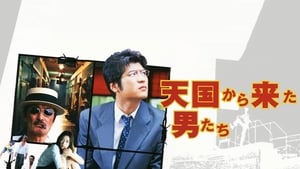